We tell you everything you need to know about one of the most exclusive real estate projects in the Dominican Republic and the Caribbean.

Three kilometers of square meters house Blu Terrenas, one of the most exclusive and innovative real estate projects in the entire Dominican Republic and the Caribbean. The private part of the project includes: a 5-star boutique hotel, villas and townhouses located on the beachfront and around 1,350 1, 2 and 3-bedroom apartments that will border a very long swimming pool certified as the longest in the world. 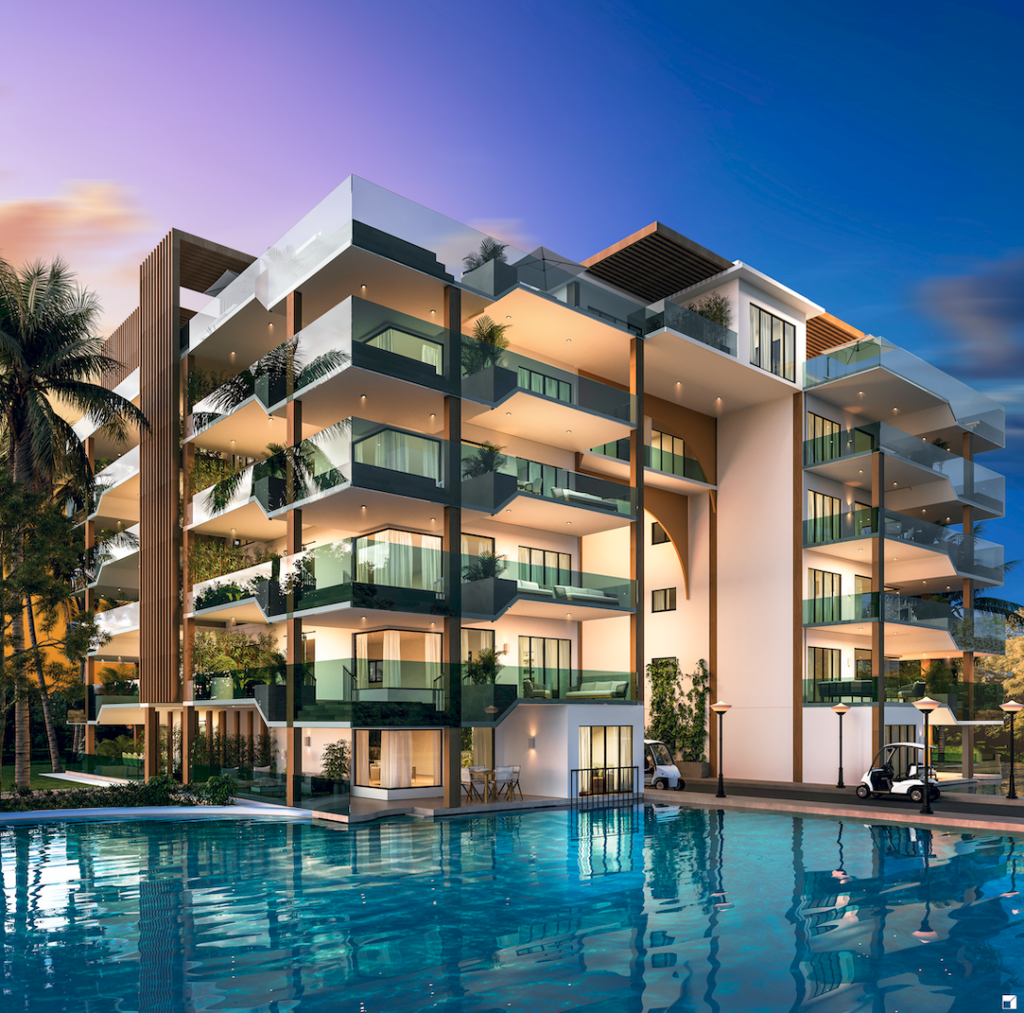 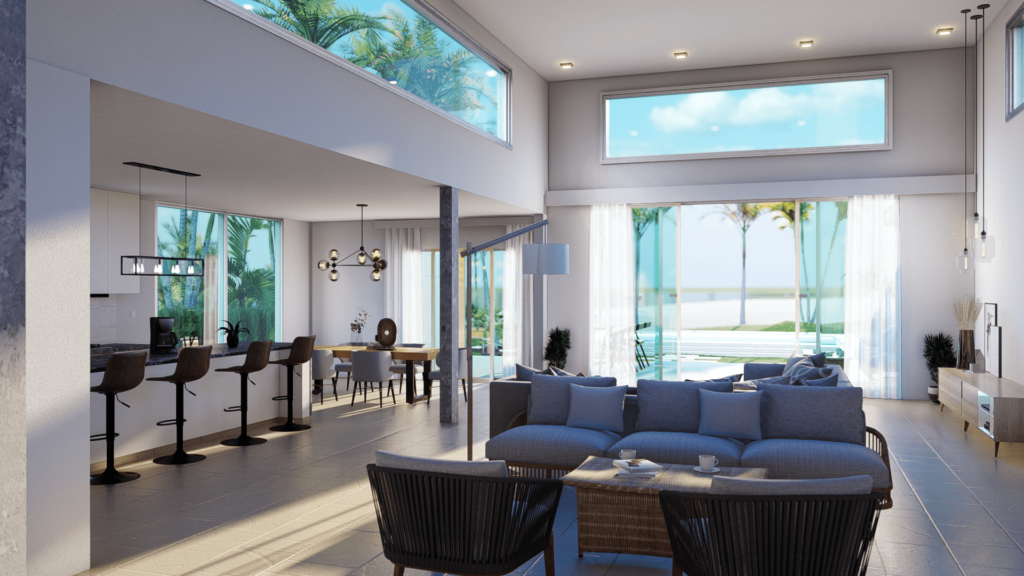 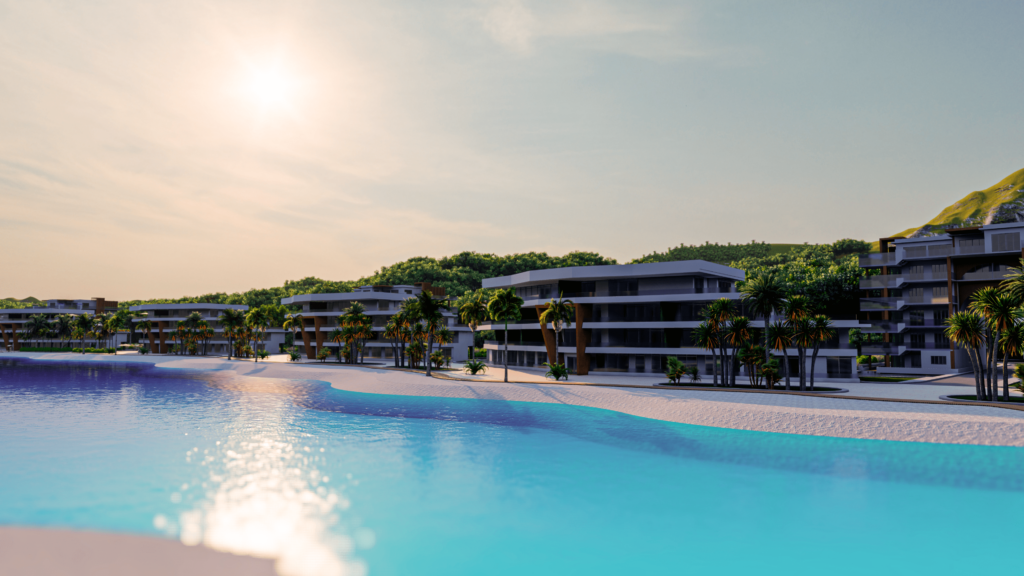 The extensive pool of this ambitious project will also have an island inside, just as it reads. This island will have a sports center with tennis, paddle tennis and basketball courts at its west end. An Olympic-sized swimming pool, with a platform for diving, an obstacle course, a clubhouse and a rowing club to promote the organization of sporting events.

The central part of the island, linked by bridges to the residential part, will give access to islets built in the shapes of the project logo, representing the provinces of the Dominican Republic. In each one, a villa with a private beach and bedrooms will be built whose windows overlook, below the water level, a small marine habitat, reconstructed and illuminated. The client will be able to choose which island or region to buy. 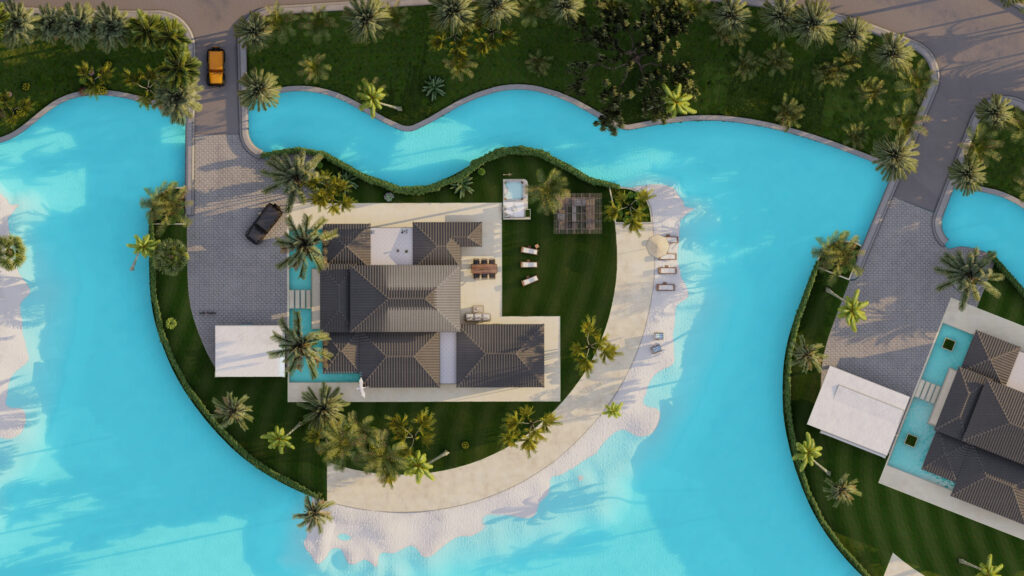 Blu Terrenas will also have the first congress center in the area, the first museum of Dominican history, 3D movie theaters, and a health emergency center. It will also have an academy to train young people in tourism and a Dominican, Italian and French area that with its restaurants and shops, typical of the countries represented, will express the culinary varieties of the communities of Las Terrenas. The idea is to immerse the visitor in a completely pedestrian reconstructed historic center.

The owners, as well as the hotel guests, will be able to move from the internal part of the project to the historical center or the commercial part, while the local public and tourists will only be able to access the island in the historical or commercial center. The sensation of the tourist will be that of walking in a colonial town. 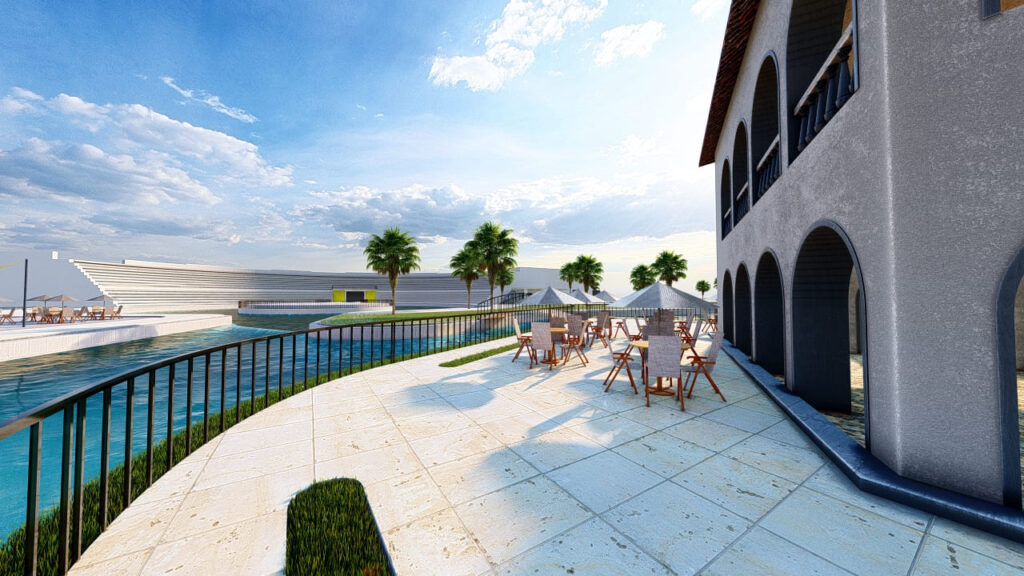 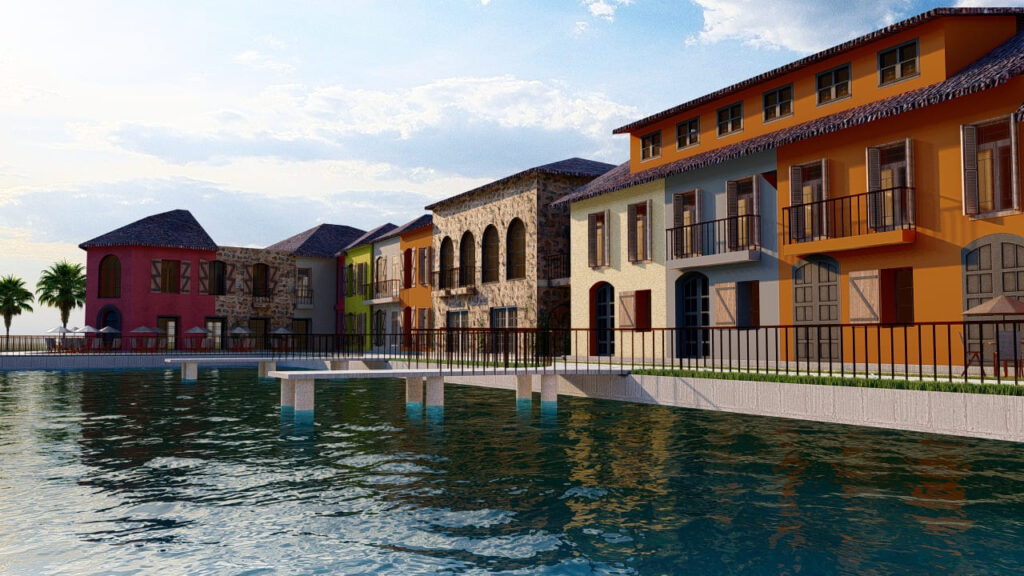 At the end of the Blu Terrenas property, a solar energy park will be built, with a capacity of 12 megawatts, which will generate electricity for the carts that will be supplied to each apartment, and that will be offered as a gift at the time of purchase. The idea is to achieve the concept of “friendly sound”. In addition to the solar park, it is planned to allocate a strip of land to crops and organic production, which can be used inside the hotel and sold in stores.

Leave us your email and you will be the first to know about the launch of this wonderful project: